8 Best Things to Do in Pokhara, Nepal

This article may contain compensated links. Learn more in our disclaimer.

[dropcap]I[/dropcap]f Kathmandu is the capital of Nepal, then Pokhara is the adventure capital of Nepal. Pokhara is a quiet city in central Nepal, at the foothills of the Himalayas. Despite being the second largest city in Nepal, Pokhara has a very relaxed and chilled-out atmosphere that makes you want to stay longer. This vibe is what makes foreign tourists love Pokhara this much.

What to do in Pokhara? Is there something also for people who aren’t planning to go on a hike? Even though for most it’s the starting point of their adventures in Himalayas (Annapurna Circuit Trek, Annapurna Base Camp Trek, Poon Hill Trek, to name a few, start from this area), there are a lot of interesting things to do in Pokhara and not far from it.

The most popular attractions in and around Pokhara are various outdoor activities such as trekking, biking, boating, rafting and paragliding, as well as enjoying stunning mountain views. Wanna learn more about the options? Then scroll down.

Getting from Kathmandu to Pokhara

Best Things to Do in Pokhara, Nepal

Now let’s take a look at the list. Here are 8 best things to do in Pokhara, Nepal.

Activities and places are listed in no particular order.

When arriving at the Pokhara lakeside area, you’ll see the beautiful World Peace Pagoda standing tall on top of a mountain across Lake Phewa. This place is an absolute must-visit during your stay in Pokhara.

The World Peace Pagoda was build by Japanese monks right after World War 2 and is one of the 80 world peace pagoda’s in the world. It’s easy to arrange a trip by yourself. Hire a boat to cross the lake and hike your way up to the pagoda. It’s a steep, 45 minutes climb. The view from the pagoda over Lake Phewa and the Annapurna mountain range is one of the best views in Pokhara. I recommend to go early so there’s a bigger chance to have a clear view.

2. Enjoy the Sunrise at Sarangkot Viewpoint

The viewpoint is not in Pokhara, but in Sarangkot – a village a half an hour ride away from Pokhara. The best way to get there is on a rental motorbike or scooter. Sarangkot viewpoint is located around 10 kilometers from Pokhara lakeside. As it lies at the altitude of around 1500 meters (4921 ft), the road leads uphill.

So, it’s not really good for cycling, unless you are used to cycling uphill.

Not only you can enjoy the sunrise from there but also take in beautiful views of the surrounding hills and the lake.

3. Go on a Boat Tour in Phewa Lake

Phewa lake (or Fewa Lake), the second largest lake in Nepal, is a popular Pokhara sightseeing spot. Some call it Pokhara lake.

The eastern shore of the lake, commonly known as the Pokhara Lakeside, is very popular among tourists. Countless hotels, guesthouses, shops and restaurants are located there. It’s possible to go on a relaxing boat tour in Phewa lake. You can join other travelers or rent a boat only to yourself.

I would recommend you to combine it with the visit to the World Peace Pagoda.

Hire a boat to cross the lake and hike your way up to The World Peace Pagoda. If you prefer to book online, there is one option.

Have you ever wanted to go paragliding? This might be your chance!

Pokhara is a perfect place for paragliding. It is a very popular tourist attraction in Pokhara, and also paragliding is affordable there (approx. 70 EUR / 80 USD for 20 – 30 minutes of paragliding). Making it one of the top things to do in Pokhara.

So you can combine it with the visit to the Sarangkot viewpoint during the sunrise.

Seeking for a thrill?

There’s another extreme activity you will definitely love to try in Pokhara – bungee jumping!

If you love adventure, Pokhara is your playground! What’s next? White water rafting.

Located only half an hour ride away from Pokhara, the fast (and cold!) Seti river awaits you!

For about 30 EUR / 40 USD you can join a group of other adventurers and enjoy the fast river waters.

If your time in Pokhara is limited to just one day, definitely don’t miss Old Pokhara.

Old Pokhara, the oldest part of the city, is located North-East of the Lakeside. The most popular landmarks in Old Pokhara are Bhimsen Temple, Old Pokhara Bazaar and Bindhyabasini Temple. Set one of these landmarks as a destination in Google Maps and go explore the area.

On your way there you’ll pass various small shops that sell Hindu and Buddhist religious paraphernalia, and traditional Newari houses that reflect the architecture of the Old Nepal.

If you aren’t really rushing anywhere you might want to think about going on a week-long trek to Annapurna Base Camp.

It’s a beautiful and a rather short trek. On your way you’ll see the beauty of some of the highest peaks of Nepal and the world: Annapurna I, Annapurna South, Annapurna III and Gangapurna. On your way to the base camp you’ll also hike the Poon Hill from where you can get a glimpse of several snowcapped Himalayan peaks.

The ABC trek starts from Nayapul, a village about one and a half hours’ drive from Pokhara.

If you can’t spare 7 days for the trek but still want to get a glimpse of spectacular snowcapped mountains, you can go on an even shorter trek – to Poon Hill and back. It takes around 4 days.

You can either go alone or with a guide. Hiring a porter who will carry your bag is also possible in Pokhara.

Where to Stay in Pokhara – Our Recommendations

There are A LOT of hotels in Pokhara. Most of them are situated next to the Pokhara Lakeside. One of the best cheap hotels in Pokhara. Located a short walk away from the lake. There are many cheaper options, but if you care about the cleanliness, location and overall value for money, then this is the place to go.

Breakfast is available at extra cost. 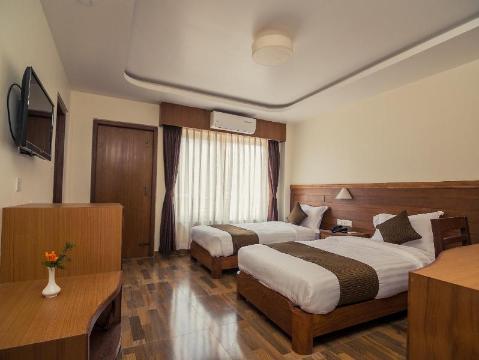 A very affordable 4-star hotel in Pokhara. Situated only a short walk away from the Phewa lake. 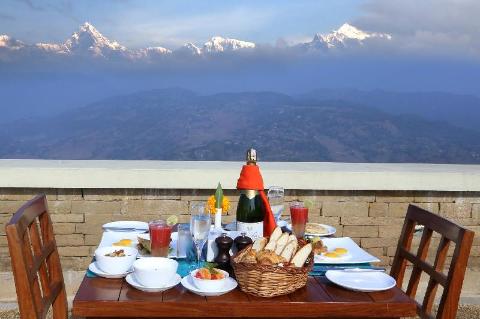 There are only 4 5-star hotels in Pokhara. This one is the best value for money. The hotel is located outside the city. It features outdoor pool and children’s playground. Beautiful views of Himalayas can be enjoyed right from the pool.

Have you been to Pokhara? Is there something else you would add? Some more interesting places to visit in Pokhara? Or cool things to do in Pokhara?