Honestly, I can’t come up with too many reasons why would anyone need to visit Jakarta. In my opinion Indonesia’s capital is a rather boring city and there aren’t that many things to do in Jakarta. But don’t get me wrong, Jakarta is not a bad city. I also felt safe in Jakarta, both times I visited the city, and people are very welcoming and friendly there. But it’s also huge and loud city with intense and seeminly never-ending traffic where there is nothing much to do.

At the same time – if you do like big cities (or you think so), or you haven’t been in an Asian metropolis, and you’re traveling to Java to see some other sights, make a stop in Jakarta as well. For a day or two, depending on your schedule. To make the most of your time in the city, you can also go on a guided tour.

Top Things to Do in Jakarta

1. Take a Bus From Jakarta Airport to the City Center

If you are short on time, don’t do it. And take Jakarta airport train instead. It’s at least 3 times faster.

Why bus? Because it’s a great way to take a closer look at how Jakarta looks, starting from the outskirts of the city, where there you see a lot of one story buildings, to modern skyscrapers. Traffic in Jakarta is slow all day long. Thus you’ll manage to see much more than by taking a train which is traveling at least 3 times faster than bus. Bus journey takes between 2 to 3 hours.

And you’ll end your journey in the Gambir train station, the main train station of Jakarta. Which might be also a more convenient location than Sudirman Baru, where the airport train stops.

Search for DAMRI Airport Bus. Everyone at the airport and train station will know DAMRI.

It’s not that hard to find MONAS if you’re visiting the central part of Jakarta. This statue really stands out in the area.

The monument is located in the Merdeka (Freedom) Square. Locals like to come to this place to chill out. So even if you don’t plan to visit the viewing platform, you can come to Merdeka Square just for a stroll or to try some local food from one of the nearby food stalls.

I’m not sure if I would notice the Istiqlal Mosque, if I hadn’t read about it before. Because from the outside it doesn’t look that big, just like a big mosque. I wouldn’t have guessed that it’s one of the biggest in the world. There is no entrance fee. And if you are interested to visit it, go inside and you’ll be provided with a guide. Then you’ll be given traditional clothing to put on top of your clothes, and the short tour will start.

During our visit not only we learned about the history of this place, but our guide turned out to be also a good photographer, who made sure that we leave with a lot of photos of ourselves as well. Not only of the mosque.

If someone asks me what to see in Jakarta, this is one of the places I recommend to everyone.

Jakarta Cathedral as seen from Istiqlal Mosque in Jakarta

At first this more than 100 years old building might look a bit out of place. You are in Asia, after all. In Indonesia. But it’s here. And it’s worth a visit if you are in Jakarta sigthseeing and are looking for some beautiful spots, and also because of the Catholic museum it’s housing.

As the name suggests, it’s a park, which is like a tiny version of Indonesia. In it you can see traditional houses (and not only) from all regions of Indonesia. When you know that Indonesia is an island nation with more than 14 thousand islands and population of more than 250 millions you quickly realize that there could be a lot of different regions in such a country. And you are right.

Google – best things to do in Jakarta -, and I’m sure you’ll find Taman Mini Indonesia. And not without a reason, because it really is an interesting tourist attraction and the best place in Jakarta to learn about the country’s history.

Even though from the very first minutes there you realize that this place must have seen better days. Much better days.

If you want to see only the best part, head to the traditional houses right away. They take up what it fealt about one half of the park’s territory. But if you want to get a better understanding of where you have just arrived, go on a cable car ride. It will take you all the way across the park and back.

One of the best ways to explore the park – by bicycle.

There are regular bicycles, as well as 2 and 3 person tandem bicycles for rent near the entrance of the park.

As always, to avoid the crowds, visit the park on a weekday or early in the morning. If you’ll get hungry, know that there are a few local restaurants. Unlike you would expect in a territory of a popular tourist site in other countries, these are just regular local restaurants selling cheap and tasty Indonesian dishes.

Getting there: take a Grab all the way to the park or take a train from the city center to Cawang (Red line; heading to Depok/Bogor), and then take a Grab to the park.

6. Take a Selfie With Locals

I find Indonesians to be one of the friendliest and open people I’ve met during my travels.

And many of them (in Java, in Bali – less) will be happy to take a photo with you.

During my visit to Surabaya, Indonesia’s second largest city, I was blown away by how many people wanted me to take a photo of them or with me. In Jakarta it’s a bit different. But still many will be happy to make a small talk with you or just to take a selfie.

7. Go to the Old Town of Jakarta

Another of the Jakarta’s top tourist spots unsurprisingly is its old town, known also as Kota.

In the 17th century Kota was the headquarter of the Dutch East India Company. Nowadays unfourtunately there is very left very little of its colonial heritage. But, still, there is a lot more of history that in most of Jakarta. I, myself, am not that much interested into architecture, but even I noticed it right away that in Jakarta you either have nice and shiny buildings, built not that long ago, or ugly ones, and almost nothing in between.

In evenings and on weekends this area is packed with locals. So if you are into local hangout spots, this is the place for you to be.

In 10 years time Jakarta’s expected to become the world’s largest city. Let’s hope it’s gonna become more beautiful during this period of time as well. Because currently it looks like it’s just growing.

8. Explore the City on a Scooter

If you feel like that, you can get a scooter for yourself. Be prepared, that traffic in Jakarta is really intense.

For others I’ll recommend to “call” Grab or Gojek scooter taxi. Grab is like “Asia’s Uber”.  And Gojek is something similar, but only in Indonesia and offering a lot more than transportation services.

9. Go on a Short Visit to Bandung

What to do in Jakarta if you have more than a day? What to do in Jakarta for 4 days? Since there aren’t that many places to see in Jakarta you can go on a 2-day trip to Bandung for some nature. Theoretically you can make it as a day trip from Jakarta, but I would recommend not to rush back and spend a night in Bandung.

Bandung is a much more peaceful place than Jakarta, it’s not that hot there (because it’s in the mountains), and you’re closer to the nature. But it’s not a small mountain town. In fact, with more than 2 million people living there it’s the third largest city in Indonesia. Few ideas – tea plantations, Kawah Putih lake, Tangkuban Perahu volcano.

Getting there: take a train (3-4 hours), it’s cheap and fast. Tickets start from 100 000 IDR. Buy your ticket from tiket.com or at the train station.

Where to Stay in Jakarta? 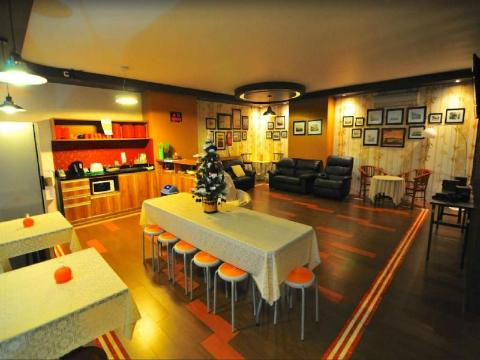 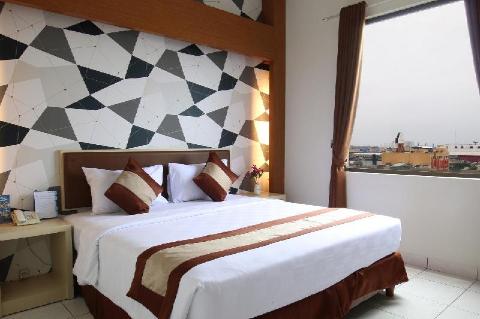 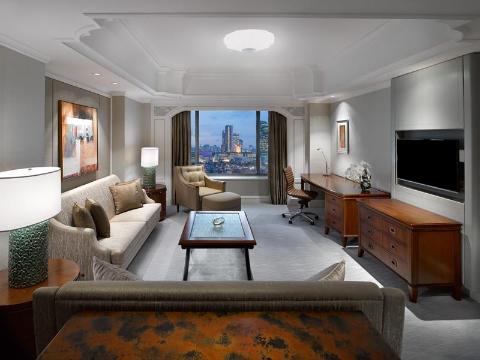 A great 5-star hotel featuring an outdoor pool. The hotel is located a bit more away from the main train station and the MONAS monument, but is only a short walk away from the airport train’s station.

Have you been to Jakarta? Something else you would add?

Kaspars is a long term traveler and a travel blogger from Latvia. He loves going on long walks, reading non fiction books and spending time outdoors. Together with his girlfriend Una they have been traveling – volunteering – working abroad since 2013. On We Are From Latvia they share their experience and things learned along the way.